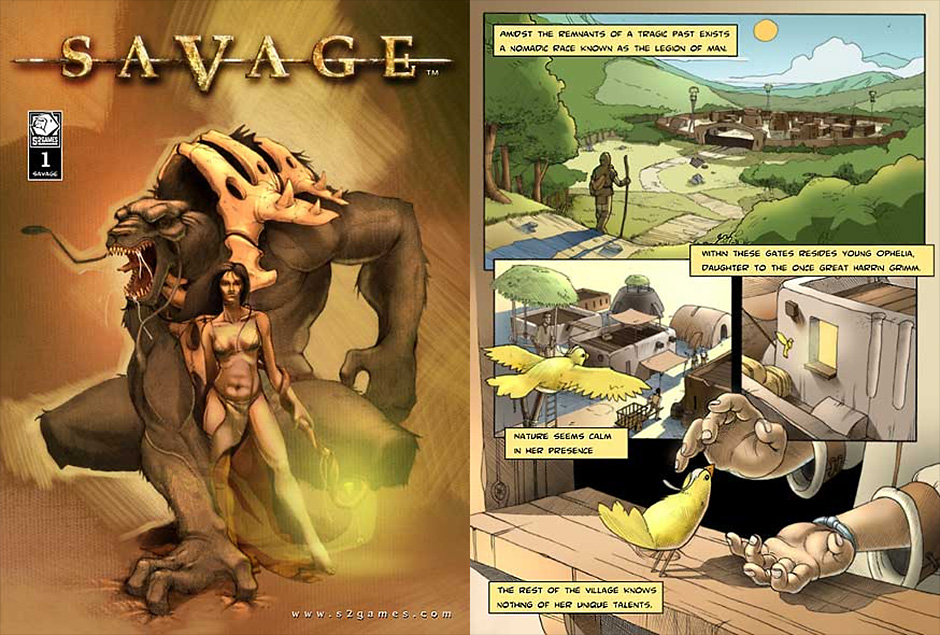 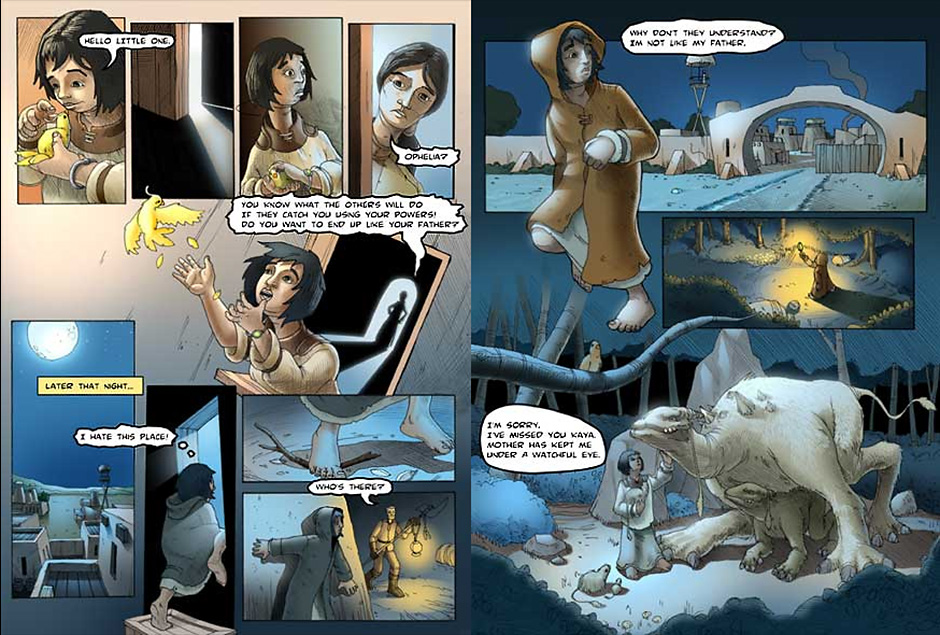 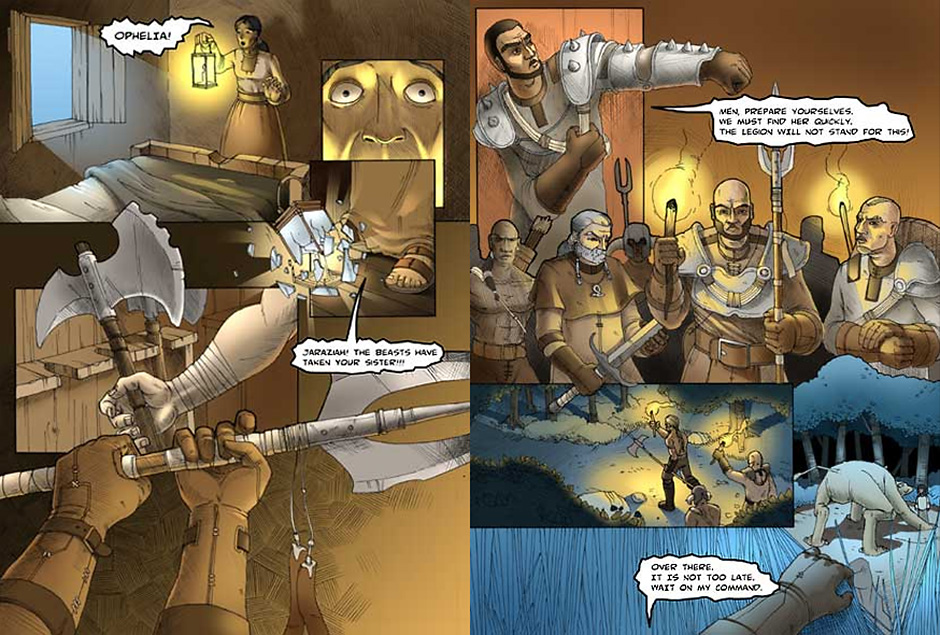 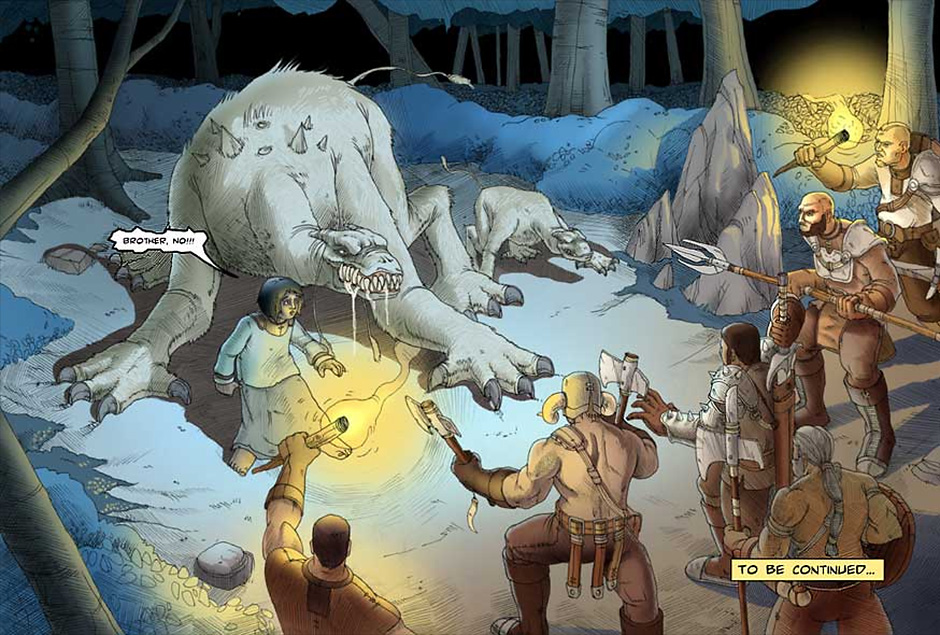 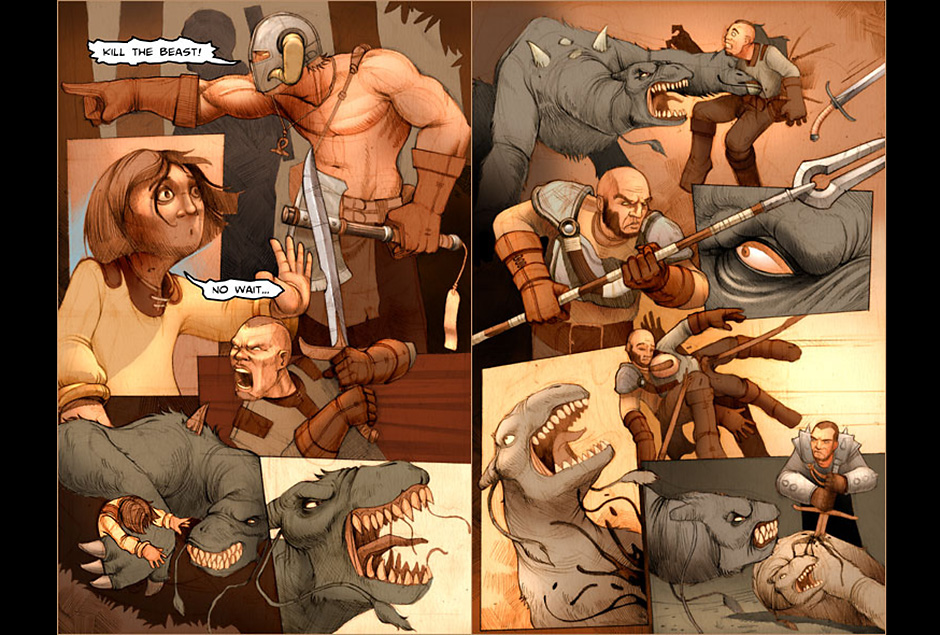 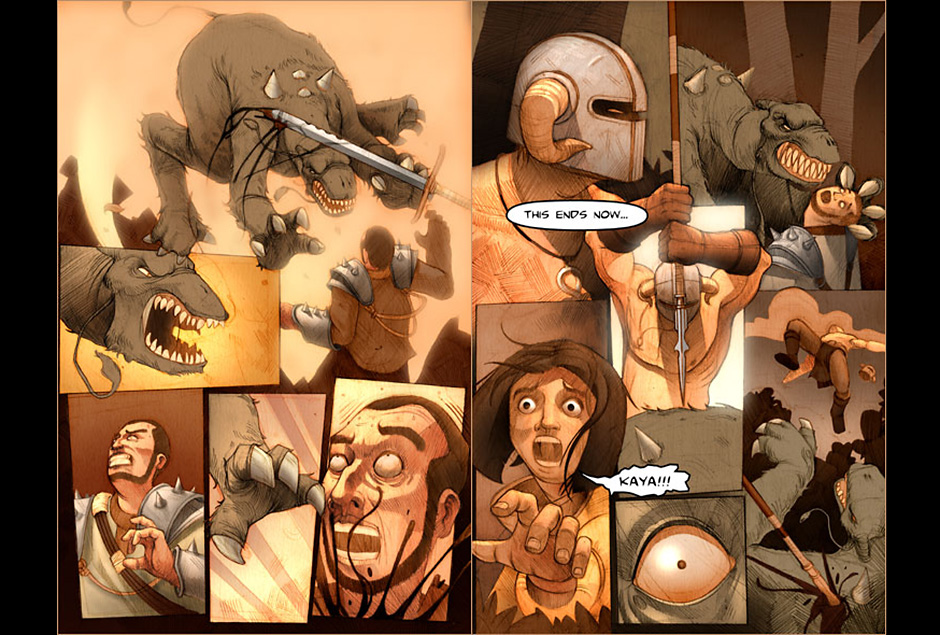 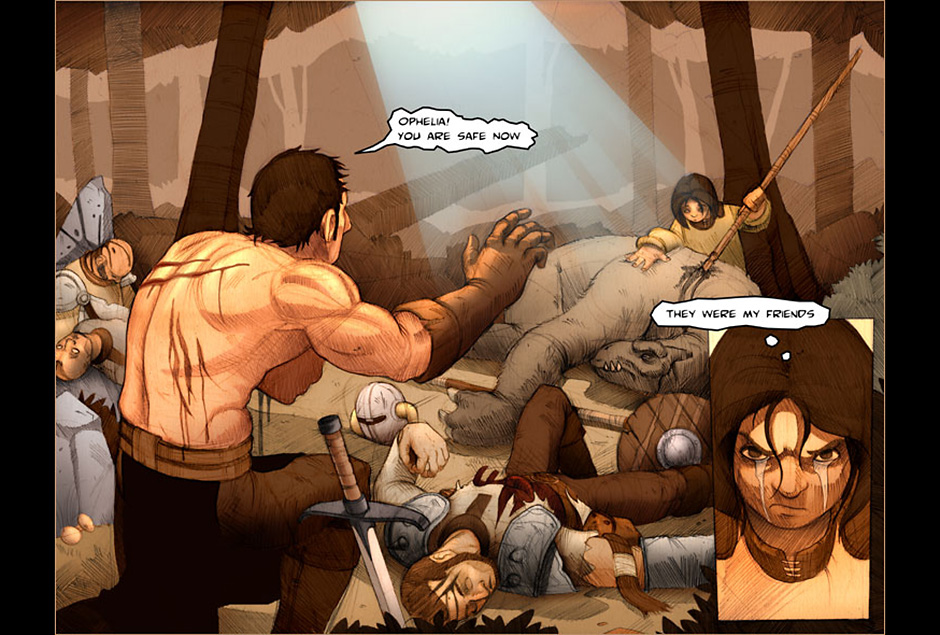 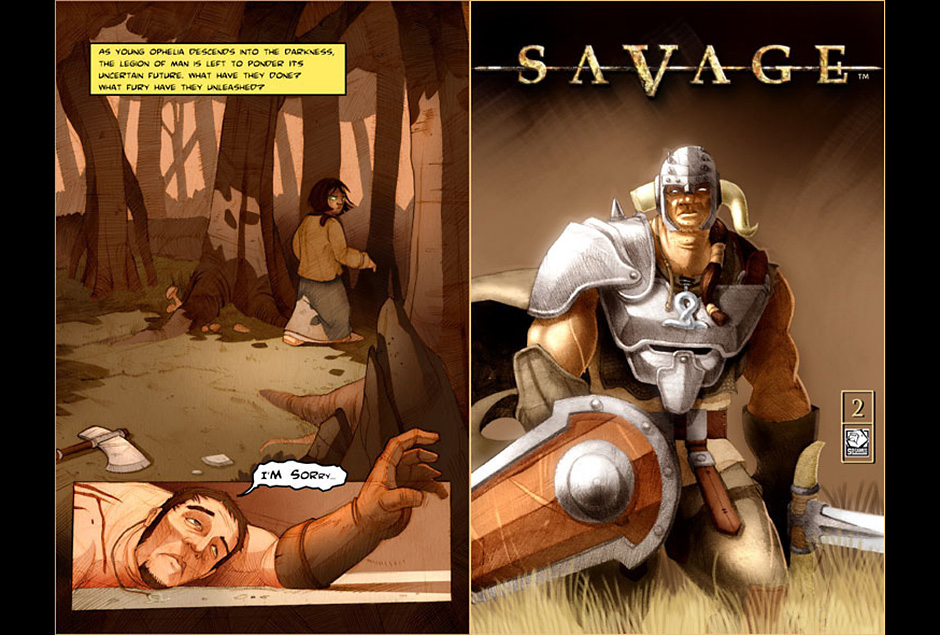 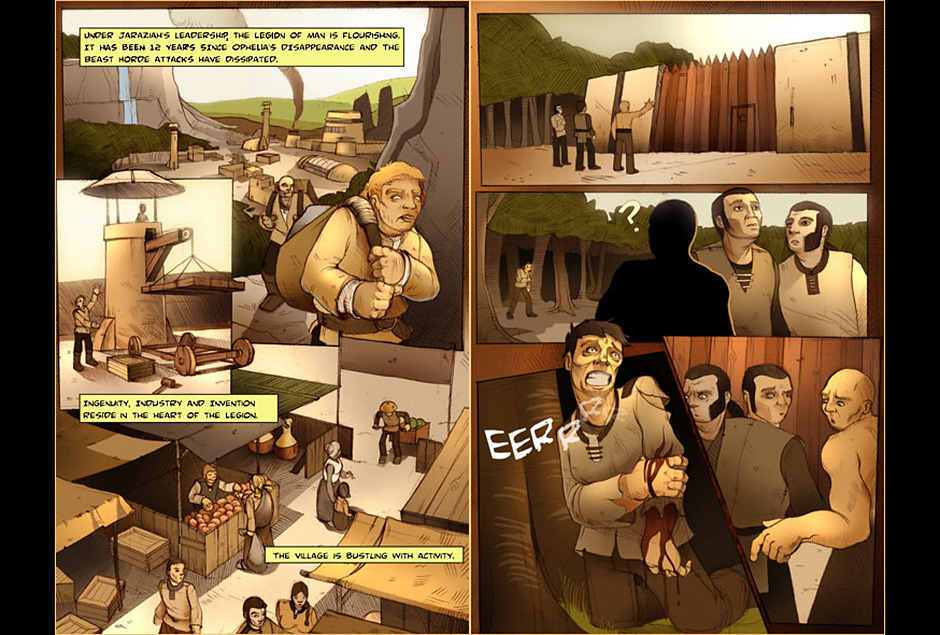 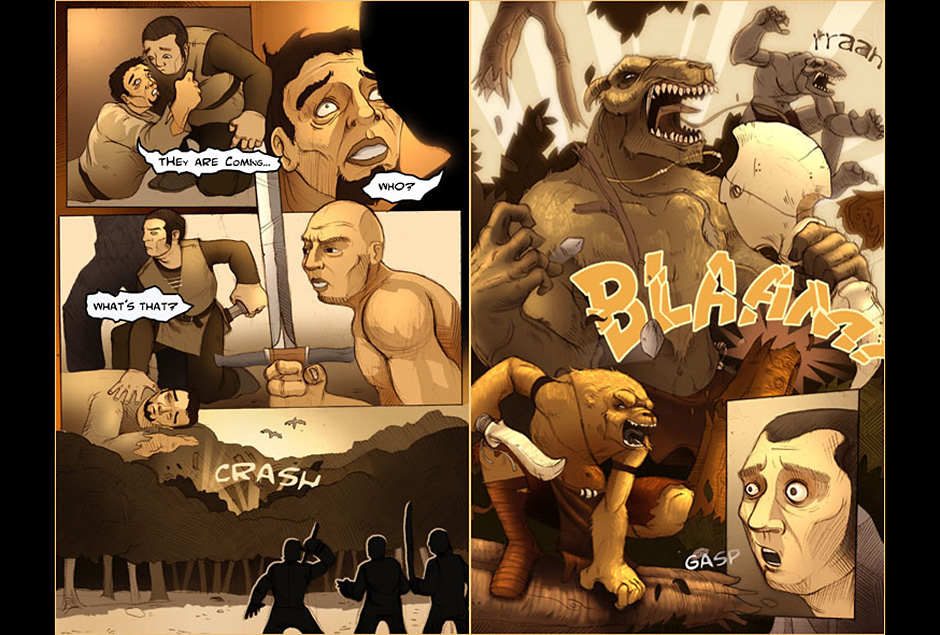 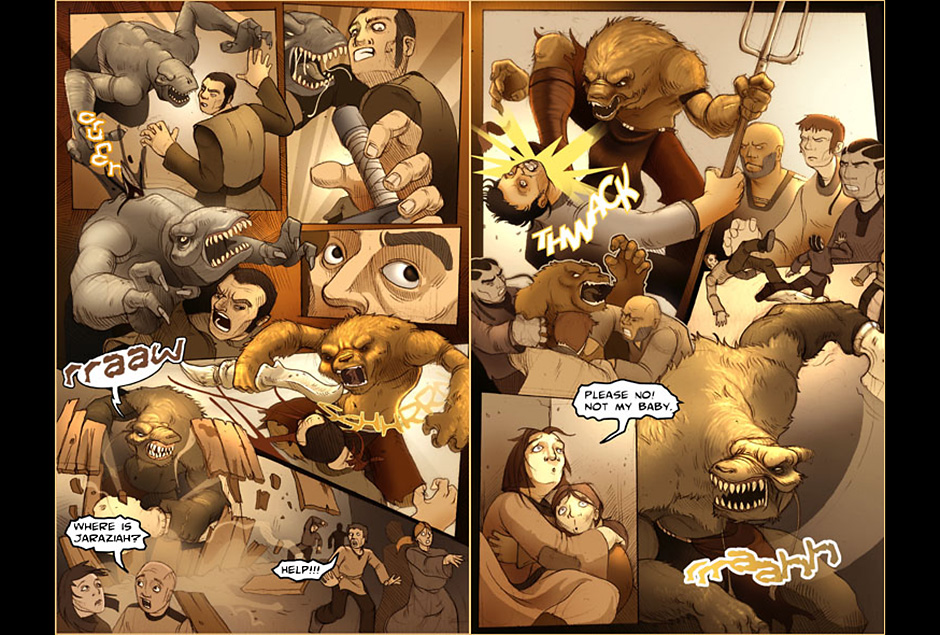 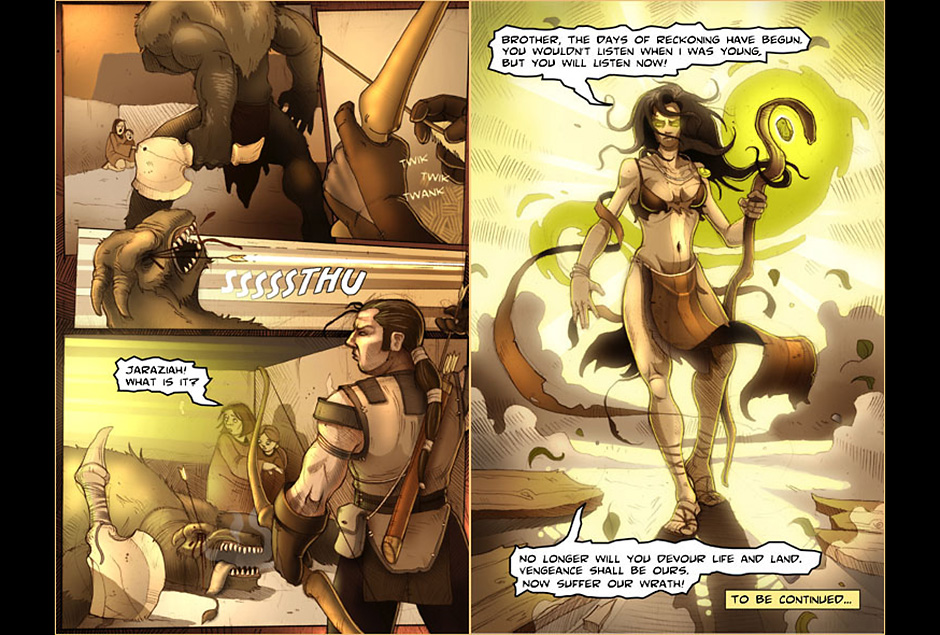 The Myth of Savage

In a primal and violent time eoNs from now, nomadic humans roamed the earth in a never ending struggle to survive. The beasts and creatures suffered mightily at the cruel hand of man as the land was stripped clean by human scavengers and natural resources were consumed with abandon. It was a time of hunger, disease, and death for mankind as science and other knowledge remained untapped ancient secrets. Humanity was fragmented into isolated tribes led by vicious and petty war chiefs. 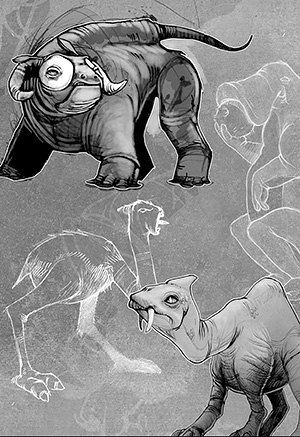 This was also a time of evolution and growth for the creatures of the world. They developed an intelligence equal to that of humankind and formed communities and packs in a new social order. Continuously subjected to humanity's cruelties and deprivations, a deep-seated hatred of humanity was forever instilled within them.

Life on our planet, now known as Newerth (New Earth), became a daily struggle between man and beast for the basic natural resources that nurtured life for them both. Ongoing skirmishes over food, precious metals and even simple building blocks of stone escalated to the point that both sides became threatened with extinction. Humanity's isolated tribes, at times united under various war chiefs, remained so fragmented that their very existence was in question. The beasts and creatures also failed to unite in a common cause and continued to fight for their lives individually.

Out of this chaos arose a warrior of unmatched ability and leadership. His name was Jaraziah Grimm, son of the legendary brutal warlord, Harrin Grimm. Following the mysterious disappearance of his father, Jaraziah boldly reorganized the remaining nomadic tribes under a single banner called the Legion of Man. He created the Protocols of Grimm, laws which proclaimed man superior to the beasts and creatures of the world. He excelled in his new role as a leader and human commander. Under his banner and the Protocols of Grimm, he created a revolution of thought as well as military power. Through his influence, the human clans embraced common goals, such as the development of scientific knowledge and rekindling the lost art of warfare to regain their rightful place of dominance in Newerth.

During this time, the Legion of Man discovered ancient secrets of science and war and quickly applied them to engineering weapons of warfare. Long forgotten knowledge of chemistry, electricity and magnetism resurfaced and ushered in a whole new understanding of science. Jaraziah's leadership, coupled with scientific advances, began an era of unprecedented success for the Legion of Man against the beast race. Victory followed victory as the Legion's influence was expanded dramatically. The Legion of Man's future as the dominant power on Newerth seemed assured.

Jaraziah's youngest sister, Ophelia, was a mere child during the renaissance of the Legion of Man. Even at an early age, she was unlike any legionnaire. Ophelia found peace in the outdoors amongst the untamed creatures of the wilderness. She discovered that she had a special gift with animals, an ability to communicate with even the most vicious of beasts. She was at first shocked at her special talent but soon enough learned to use it. Flower buds opened at her touch; even the most powerful beast was calmed by her presence and beasts would howl when she waved goodbye to them.

Her gift was clearly supernatural and she successfully hid it from her brother and the rest of the Legion of Man. However, she felt very strongly about the open conflict between man and the beasts. Even as a young child, she openly debated with Jaraziah time and again about her belief that beasts and man could and should live together. Through tiring and seemingly endless confrontations, brother and sister grew further and further apart. Eventually Ophelia was ostracized from the Legion. She was secluded in her parents' home, hidden away as an embarrassment to the Legion and Jaraziah, living as a prisoner.

Then one night, under a star-framed moon, a tiny beast creature wandered into the middle of the settlement. Not knowing the risk it was taking, the young pup was there to return a flower that had fallen from Ophelia's hair the day before when she was in the forest. A Legionnaire spotted the young beast and an alarm was raised. To her horror, the cowering, harmless creature was cornered and brutally slaughtered. Ophelia, gripped with the true horror of what her life had become, was unable to remove the memory of that night and the years of beast bloodshed from her mind. Her hatred for what had become of her people and her brother corrupted her soul. Like her father before her, she lost track of what is good in humanity.

Nightmare and reality blurred; the days turned to nights until her torment finally ended. In a waking dream, she determined that it was time for her to escape from the Legion of Man. She spoke to the song birds outside her window and with their help and with the help of nearby creatures; she did indeed escape into the wilderness. She completely disappeared from the Legion of Man.

Ten years passed. The renaissance of the Legion continued unabated. However, new and disturbing reports from the borderlands began to come in. They said that the beasts of the world were reuniting against the humans. A new horde of creatures was organizing under a mysterious and powerful leader. Some of the creatures were similar to the ones that they had fought and killed before, yet new and strange, and seemingly more intelligent and far more deadly than in the past. This new Beast Race had learned the ways of human warfare and was making a formidable new army.

Reports further came in that the beasts were developing their own form of science that was unlike anything ever seen before, which human scholars could only describe in the old tongue as "magic". Now the Beast Horde had crossed the human borders and was raiding and annihilating isolated settlements. There had been sightings of a human woman, proclaimed as the Beast Queen, leading the new army's successes.

A waning moon heralded change and Jaraziah realized that a new savage age is dawning. It became clear under a blood red sky that the renaissance of the Legion of Man had ended and the days of uncontested human domination of the world were over.

The two armies are now in sight, the smell of battle is in the air, and the drums of war begin a dance of death. Victory or extinction, glory or defeat, the very hand of fate lies in the warrior grip of the SAVAGE.